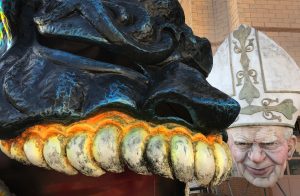 At some point in their lives, people of a certain age, anyone over 60, many over 50, or even some over 40 (a few minds age faster than others), start complaining about “the youngins dont got no respect.” They complain more, “the world’s going to hell in a handbasket” (whatever that means). If either of those complaints were true, then we’d all have been in a pickle long, long ago. So, what’s the issue here? Is it aging that’s distorting the mind or is it a change in perception after years of putting up with all the bozos of the world?

My only complaint about the younger generations is just the opposite. They’re far too complacent. They have too much respect and trust in their not so wise elders. They’ve been trained well (as opposed to educated well). 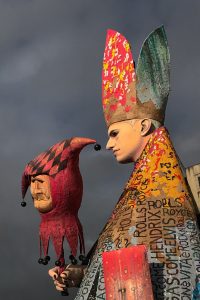 Butcha know who really needs a good dose of discipline and respect for others? All the old-fuck-white-men-in-navy-blue-suits pretending they’re smarter, know more, and have the right to tell others what to do, how to think, and what’s best for them. (Try reading that “them” not as what’s best for you or me, but what’s best for them, the old-fuck-white-men-in-navy-blue-suits.) Or so they think, or rather, they don’t think, they calculate, or rather, they don’t calculate they let some artificial ignorance algorithm calculate for them. Unfortunately for the unthinking majority, and the youngins (who’d rather not think for themselves), they just go along with it. Don’t rock the boat. Can’t do nuttin’ ’bout it. Go with the flow. Fall in line. Play the game. Don’t make waves. Do what you’re told. Knuckle under. Follow the crowd and do what’s expected of you. (This issue has been hashed out previously.)

And the old-fuck-white-men-in-navy-blue-suits count on complacency, and fear. And they count on our good hearts, our sense of community, our acquiescence and thoughtlessness. They count on emotions running roughshod over our heads.

My generation, the one before me, and the ones following are all idiots. The old-fuck-white-men-in-navy-blue-suits running (ruining) the puppet show are all criminals, cretins and clowns, in addition to being idiots (yup, I like to be redundant sometimes). And when they die, there’s a next generation of cone-head criminals, cretins and clowns waiting in the wings, just as incompetent, right on their heels, ready to take the reins. (Enough platitudes for you?)

There’s only one thing I know with much certainty. Those bozo liars, cheating thieves and loudmouth idiots are not smarter than I am. They are just as stupid, ill-informed, and unprepared as I am. There is one big difference. I’m not pretending to have the answers. I’m not going to tell them how to live. If they’d just have a little respect in return, leave me alone, and mind their own business, the whole world would be just a tiny bit better. 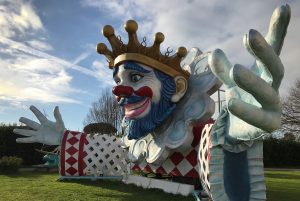 This entry was posted in Discover, Thoughts and tagged democracy, education, IT & economics. Bookmark the permalink.