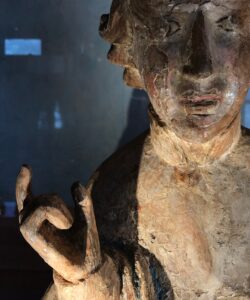 Scientific theories do not take our subjectivity into consideration. They reduce and simplify the phenomena of our world in order to help make things more easily understood within the limits of human cognition. This fault, along with a good does of arrogance and over confidence, often leads to misguided orthodoxy. These stumbling blocks often throw a blanket of suspicion over science, a distrust of objectivity, and a conflation of cause & effect with subjectivity. We must be diligent at keeping a watchful eye for the failures and limitations of science, and our own intellect. At the same time, we must not let those failures be cause to dismiss what is in fact well established, or to off-handedly throw out what doesn’t fit our own personal views. Reverting back to primitive superstition and mysticism solely based on what science has yet to explain is not prudent. And yet a direct, unswerving, skeptical outlook on science is an indispensably necessary counterbalance.

Yet again, skepticism is the most important ally of science. Without it we’d still be in the Dark Ages. Science relies on consistent, replicable results, time after time, by anyone, anywhere. This is how science validates its conclusions. The greatest attribute of science is the scientific method : the organized, systematic, replicable means for the confirmation of knowledge, and the disconfirmation or revision of knowledge through the critical application of a self-correcting feedback mechanism when presented with newly substantiated facts. No other form of thought, philosophy or world view applies these crucial methods to the same stringent standards. By this method, science has the tolerance to stand up to the challenge of skepticism. I encourage everyone who reads this site to systematically question, challenge and reevaluate all that is presented.

I wrote those paragraphs as part of a disclaimer. As I reread them, I think they could use some clarification, especially the first few sentences. The cognitive fault I’m referring to is our inadvertent and unavoidable personal, emotional responses to everything we perceive and learn, often clouded with intuition. Add to that fault our limits of cognition. We can only hold so much information in our minds at one time, severely limiting our field of view. And add to those failures the weakness of scientific theory in general. Theory is not always complete. Its neat little packages don’t always cover all the complex interactions of the world. 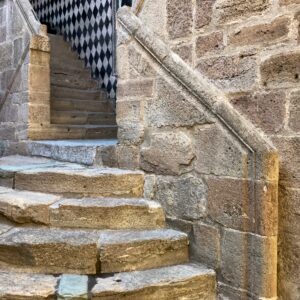 There are certain words in those paragraphs which are not well enough defined to keep the concept of science pure. Uh-oh, there’s another one : pure science. Can there be “unpure” science? Science is knowledge. But it’s not simply knowledge. Science is knowledge that had been verified, not by beliefs, or wishes, or desires, but by “organized, systematic, replicable” experiment and observation through quantified measurements, quantified data. Without these added layers, knowledge is not science. And let’s emphasize quantifiable and replicable.

One of the great attributes of science is : If you perform an experiment, and I perform the same experiment, and someone else performs the experiment, we all get the same results. Science is the same for everyone, everywhere. That makes it science, pure science. If the results don’t coincide, there needs to be further investigation to find the discrepancies. There are likely variables that have not been taken into consideration that can explain the inconsistent, conflicting results.

And where some scientists, too impatient, or too steeped perhaps in their initial education, wanted to see “a failure of science,” I just saw a normal fact, very familiar to mathematicians, the passage of a first approximation to the next.

Continually, in fact, we see the astronomer, the physicist, demonstrate the existence of certain relationships that we call a “law of physics.” After which, a mass of workers start to study in detail the applications of this law. But soon, as facts are accumulated by their research, these workers discover that the law they study is only a “first approximation”: that the facts it is explaining are a lot more complicated than they seemed to be.

We see examples of this everyday, more than a hundred years after Kropotkin wrote those words. We hear that one study says it’s like this, the other say it’s that, and another say it’s something else. Who’s correct? Possibly none of them, possibly all of them to some degree. Often we have situations where there are many variables not taken into account, others unknown. The disputes between scientists and experts can usually be explained by the unknown and/or ignored parameters, or the need for refinements (2nd, 3rd, 4th approximations). 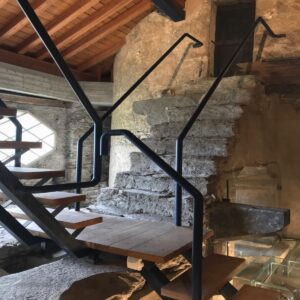 Some disputes are based on incomplete data. A conclusion “based on science,” if it’s incomplete, if it leaves out important qualifications, is invalid science. There are too many examples of the patchy presentation of scientific facts which make for misleading conclusions. This is not the fault of science, it’s the fault of not seeing the whole picture. Without all the relevant data presented together, in context, it’s not going to give us the correct answers. Numbers on their own are meaningless. Raw data without context are gibberish.

There is another consideration : laboratory results vs real world results. In many cases, the lab gives us the most reliable science. The benefit of the lab is its ability to isolate the element being tested from extraneous inputs, or other irrelevant variables. But, in the real world, other complications frequently come into play that in certain cases modulate, or even invalidate, lab results. Once again, context is imperative.

There are newer techniques available. Much current research is being done with computer simulations. Mathematical modeling is making headway never before possible. Claims of great breakthroughs are made. The potential these processes have for applying theory to massive computing power for performing experiments is unprecedented. Keep in mind, though, these experiments are simulations based on theories with many underlying assumptions. Nonetheless, the clues provided point us towards potential in new directions.

No matter how pure our science is, it’s never perfect. Reevaluation of current theory is not a weakness. It’s the beauty of science. There is always something new to learn; new refinements, new discoveries.

The cold intellectual, logical, rational aspects of science leave some people feeling it’s lifeless and inhuman. Frequently misunderstood, and usually overlooked, is that science has a heart. At its heart are questions. Science loves questions. It breathes, dances and wallows in questions. Beware of the heartless science that rejects being questioned. Questions are not a challenge to science, they’re its life force. 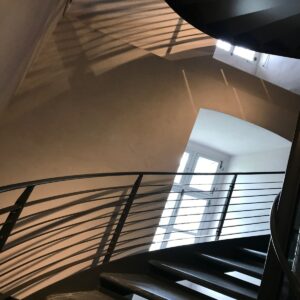 This entry was posted in Thoughts and tagged scientific method, scientific reasoning. Bookmark the permalink.